Are you sabotaging your own fitness goals

Ever wonder why you can’t see the results you’re looking for? It might quite possibly be that you are sabotaging your own results. Here’s what to look for. 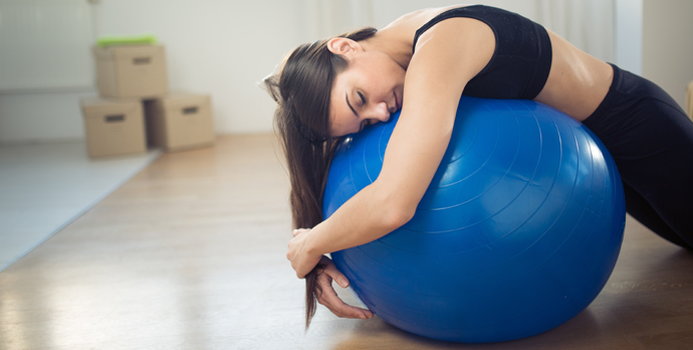 Setting goals to work towards as you move through your fitness routine is important to keep you focused and on track. Whether you set long-term goals, short-term goals, or both (which is ideal!), it’s important that you keep your eyes on the prize.

Sadly, many people set these goals but then they start self-sabotaging themselves in the process. As they begin their workout and diet plan, they’re doing little things that are actually moving them off track rather than keeping them on the plan.

What are these things and how can you avoid them? Let’s take a closer look.

One of the biggest forms of self-sabotage is failing to prepare properly. You have a busy lifestyle—there’s no doubt about that. But, that’s just more the reason to start planning your meals and snacks in advance. While it does mean you’ll have to carve out a few hours to cook each week, that time can really help save you down the line later during the busy weekdays.

Take a few hours on a Sunday and prepare as many meals ahead of time as you can. Otherwise, there’s no telling what you’ll reach for when hunger strikes.

You’re Surrounding Yourself With Unhealthy Friends

Another big mistake that many people make is surrounding themselves with friends who aren’t on the healthy path. They say that you are the sum of the five people you’re closest to, so ask yourself, who are you closest to? Is this what you want to become.

While it can be hard to spend less time with people who aren’t as healthy, the fact of the matter is that more often than not, these people will take you away from your gym workouts, begging you to go see a movie or go out to dinner and eat foods you shouldn’t be eating.

By staying friends with them and hanging out on a regular basis, you could be self-sabotaging yourself.

Are you up until the wee hours in the morning? Whether you’re up that late because you are just trying to check off your to-do list or because you just can’t turn off that late night TV, know that doing so is self-sabotaging your results.

Sleep is imperative for success. Those who aren’t sleeping enough tend to eat more food, have a higher likelihood of storing the excess calories as body fat, and won’t be able to workout at higher intensity levels.

It’s time to make getting to bed earlier a priority. Try your very best to aim for at least eight hours of sleep each night.

You’re Allowing Temptation Into Your Home

Finally, if you are allowing temptation into your home, this is also a way you could be sabotaging your results. You might think that you’ll only reach for that ice cream tub on special occasions after following your diet for so long, but very often, it becomes more frequent than that. Soon, it’s a nightly occurrence.

As the saying goes, out of sight, out of mind. Don’t let that food in and you won’t have to worry about it.

So have a look at your current approach. Are you making any of these mistakes?

Have you ever wondered what Hot Cross Buns are all about?